They legalized alcohol, they legalized tobacco. What is it gonna hurt to legalize this medicinal, medical marijuana that’s used for purposes of cataracts?

Tupac always wanted me to smoke weed with him, and I never did it, and I wish I did. That’s my biggest regret.

I’m not saying pot is a bad thing. I know plenty of people who should be smoking pot. I’m just not one of those people. I don’t think it would be the best drug for me. What am I going to do, start doing drugs at my age? It’s a little late. I’m a mother of two. It’s probably not the best idea for me to start getting into it now.

I like to take a puff or two before going on the air. I still get stage fright when I have to perform. A little grass gets rid of the problem.

We were also performing. We’d give them a list of, like, ‘Here’s how we want to be introduced’ They’d be like, ‘Great’ And then 5 minutes later they’d come back, ‘Bad news: we lost your list. But good news: we’ve got a trash bag full of weed!’

If one seeks relief from unbearable pressure, one is to eat hashish.

I’m questioning it. We’re trying to get a lot of money for health and education and I’m wondering… You look at these gangs, and I look back at Prohibition. When we didn’t allow alcohol, what did we have? We had gangs. We had big gangs. It’s something that needs to be discussed a little more. It’s an economic issue and a violence issue.

The War on Drugs has failed, but it’s worse than that. It is actively harming our society. Violent crime is thriving in the shadows to which the drug trade has been consigned. People who genuinely need help can’t get it. Neither can people who need medical marijuana to treat terrible diseases. We are spending billions, filling up our prisons with non-violent offenders and sacrificing our liberties. 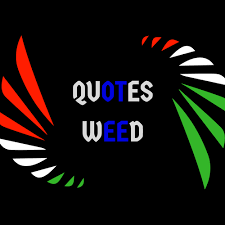